The quality and aesthetic of black and white films has long been debated by many photographers, so long in fact I can imagine cave men doing battle over who’s film has more latitude and which displays better tonality, of course back then they only had rodinal but that’s another story.

At this point i’ve managed to shoot most of the big name black and white films and have shot lots of the smaller names as well. It’s amazing just how different they can all be, some are best in low light, some are grainy, some are smooth and some have wacky contrast. Of course all these things are greatly managed and effected by choice of developer and style of processing. (Agitation etc.)

I first tried Lucky SHD100 some time ago as it was a cheap alternative to some of the bigger brands, Also living in a regional area it’s very hard to find affordable film so all my purchases are from online retailers or eBay. Keeping my expectations low I ventured out with an at-the-time untested camera, the Dacora Digna from 1954. Wow I couldn’t beleive the results I got from this film. Especially in an old german viewfinder camera that I hadn’t even used. The film was souped in Rodinal at the time by my brother, he scanned the negs and sent them back for me.

Since that time I have relied on Lucky as a staple film. One that’s cheap enough to keep a brick in my freezer for those times I run low on Ilford HP5+. So far i’ve only shot this film in 120 rolls. I have read that in 35mm it can become a little grainier depending on the developer used. In the above sample it was souped in rodinal however i’ve also processed this in D-76 which gives beautiful results. 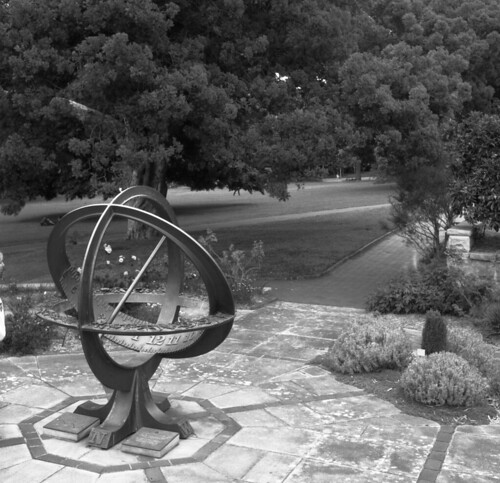 Shot in the Botanic gardens in Sydney, Processed in Kodak D76 – Rolleiflex T

Lucky is a well known film company operating out of China and has some other films on offer as well, they are only a small part of the film market share but produce a decent quality black and white film. I have not yet tested their Colour range of film but I believe that was an off-shoot of a short term agreement they had with Kodak.

If you are looking for a budget film that can produce some excellent results then this just might be the film for you. Keep in mind it will never be as good or as popular as the leading brands. They have far bigger budgets to spend on R&D. This little trooper is a lot better than Shanghai film and offers a great middle ground at a reduced price.