About time I wrote about a slide film. This is my go to choice for slide film when I want punchy colours, rich depth & clarity and high sharpness & resolution. Fuji Velvia is a household name amongst professional travel photographers and Landscape artists. The original Fuji Velvia 50 had even more saturation than the current film stock but is long out of production. Fuji Velvia is now released in RVP50 and RVP100 varieties, A caveat: Don’t shoot humans with RVP50 as their skin will turn red and melt off. RVP100 is fine under certain circumstances though.

I’ve shot RVP100 in 35mm and 120 and on a range of cameras, it’s a fantastic film. I use it only really for landscape and nature photography though as the colour gamut is wild! shadows tend towards magenta and long exposures push some colours shifts as well. Velvia is an E6 process film, which means it’s a colour transparency and should be processed using E6 chemicals. It is possible to cross process this in C41 (Colour negative) chemicals but I consider that sacrilage. 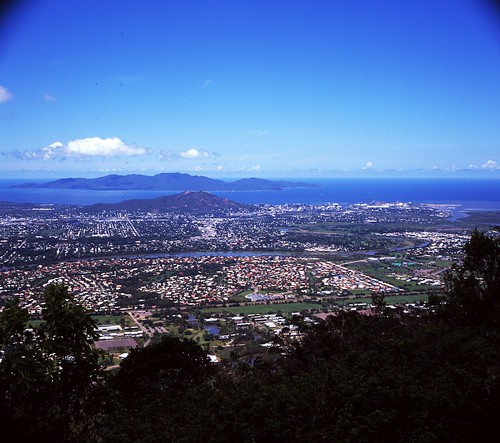 One thing I find particularly interesting is that you always hear people mentioning slide film’s small latitude. I’ve heard people quote that you can get only 2 stops of dynamic range? Rubbish! I’ve always been dubious about these claims, it was only until recently looking at my medium format slides on a lightbox did I notice a shot of mine which must have over 5 stops of range easily! Shadows under the awning, bright clouds and sky, luscious middle tones in the stonework and grass. Velvia continues to blow me away with it’s ability to resolve details and just look spectacular! 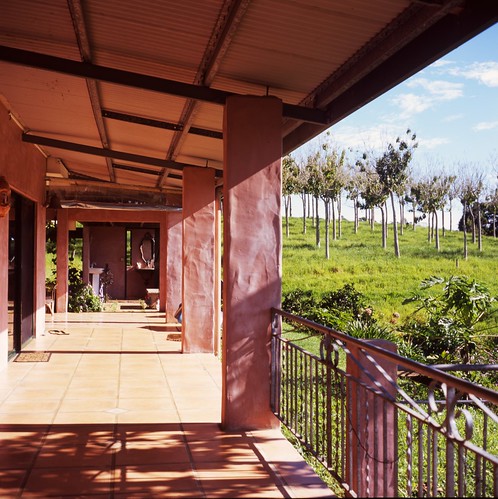 They say, “Kodak for the reds, Fuji for the Greens.” This is true in certain circumstances but most saturated slide films do a wonderful job on Reds. Looking at slides on a lightbox or projected is the only way to view them. The reds pop right off the screen and smack you in the head! In my opinion, you haven’t lived until you’ve seen projected slides.

Some Graffiti showing the brilliant reds of Velvia. (The scan really does no justice to the projected slide) 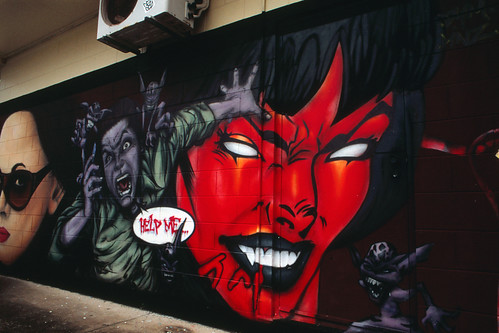 Next time you are looking for a saturated film, put down that can of negative and get some slide film into your camera. RVP100 may not be the cheapest way to shoot but it certainly makes up for it with class.