Manufactured by Dacora-Kamerawerk, Reutlingen in Germany, Starting in 1954 there were several models including some with a single shutter speed of 1/50th sec. 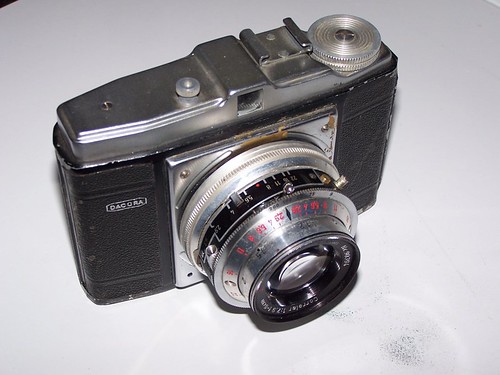 I purchased this camera from Ebay, shipped to me from Germany for a mere 12 euro’s. This camera takes 120 film, my test roll was a roll of Lucky SHD100 100iso B&W film.

Upon receiving this camera i noticed that a couple of screws were missing from the fascia which created some light leaks into the film compartment. My Brother and I fixed this with some aluminium foil and tape, as you will see this was quite effective.

This camera is quite unique, It has a collapsible lens to make it more portable. the lens must be “popped” out before shooting. This can be done with a simple twisting motion as is locking it back in with a push and twist motion.

All the Camera’s vital adjustments lie on the lens, this makes it quite easy to shoot and gives you the ability to make double exposures.

The lens is a rare Enna Correlar 80mm f/2.9 lens said to be faster than the other models.

There is no focussing aide so focussing can be tricky, the focussing ring is numbered to infinity in metres. The film advance is a traditional wind style with exposure number window in the back of the film door.

below I capture a great photo of a plant in my mothers garden. 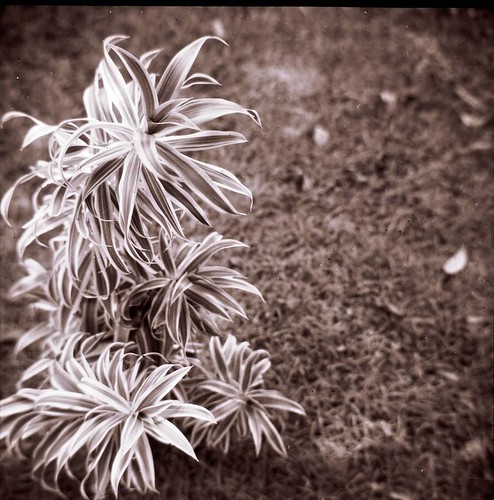 And another photo taken at the Cathedral building church in Townsville 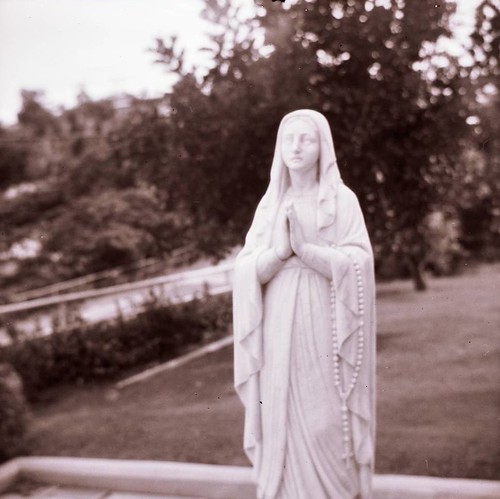 You’ll notice the subject is slightly out of focus here, this is due to guessing the focus distance. just another thing that makes shooting with this old camera heaps of fun.

In closing this is a great little camera that is lots of fun to shoot with. the results prove just how well made this camera from the 50’s must have been. – Neal