Medium format rangefinders are a marvellous thing. If you’ve ever shot a quality 35mm rangefinder you are probably familiar with the smooth fast focus, the whisper quiet shutter and the excellent optics. Put all these things together and add the ability to use medium format film and you have a recipe for some seriously detailed images. 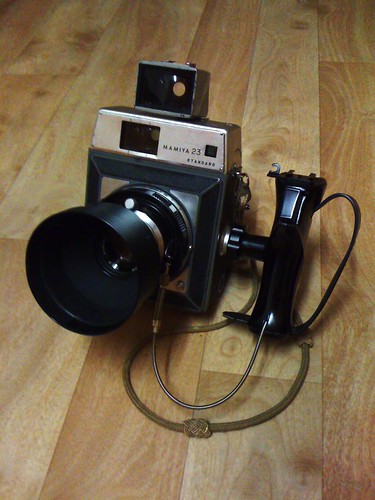 The Mamiya Press camera made it’s debut in 1960 and in the following years several variants preceeded it. The most popular being the Super 23 which incorporated bright frame lines in the finder and a tilt and swing bellows style back.

The Mamiya press is in essence a simple camera design that features interchangeable backs and lenses. The Standard lacked the tilt/swing back but as a simple well featured press camera proved itself in the field. Several accessories and backs were produced incl, 6×7 and 6×9 as well as a combination 6×4.5, 6×6, 6×9 back. Polaroid pack film backs were also available for the Press Universal model. Several other backs including focussing screen backs and cut film holders were also produced.

This camera is a bit of a beast to use hand held, fortunately it comes with a side mount trigger release handle. This greatly improves it’s useability. I prefer to shoot this camera tripod mounted for landscape work. the 6×9 negatives I get are packed full of detail, the Mamiya Sekor lenses are superb quality and really let this camera shine. 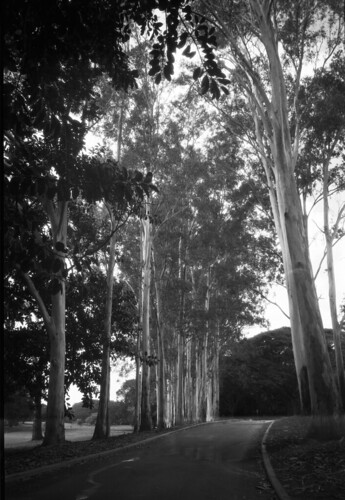 As the backs are removeable you’ll notice they require a darkslide, I keep mine in at all times until i’m ready to shoot. The light seals around the darkslide can become worn from use and I recommend maintenance yearly.

If you use the Press with the focussing screen back it behaves as a view camera and allows you to use any focal length lens without having to worry about frame lines and accessory finders. Beware though that using the camera like this will significantly slow you down so do this only if you are prepared to take the time to do it right. for street shooting and journalistic style shooting I recommend using the excellent range/viewfinder. It’s big and bright and has snap fast focussing in normal light conditions.

Rangedinders can become mis-aligned and I always recommend a calibration periodically to keep them in ship shape. 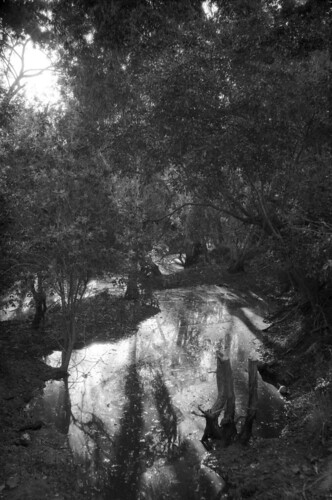 Lenses from 50mm to 250mm were produced while the popular ones were generally 65mm f/6.3, 90mm f/3.5 and 150mm f/5.6. The lens design features leaf shutters which sync at any speed with flash via the pc sync port. as with large format lenses they feature a shutter cocking lever and a shutter lock pin for long exposures or for compsing on the focussing screen. the 3 lenses that I have been using (mentioned above) are well laid out and easy to use. each one has a threaded shutter release port for the handle release to screw into.

Despite it’s size I actually really enjoy handheld shooting with the Mamiya Press, it looks great and carries plenty of street cred. I have been approached numerous times by people asking about it. That said it can become tiresome and it’s best placed on a sturdy tripod. If you are on a budget and have a medium format rangefinder hole to fill I thoroughly recommend this fantastic system camera.