Here’s a relatively new camera to me that I’ve put a few rolls through and am really quite impressed by. It’s in direct competition with my Nikon F80 for my affections. It doesn’t look as nice, but what it lacks in style it more than makes up for in performance. I’m talking about the Canon Eos 50e auto-focus film camera. 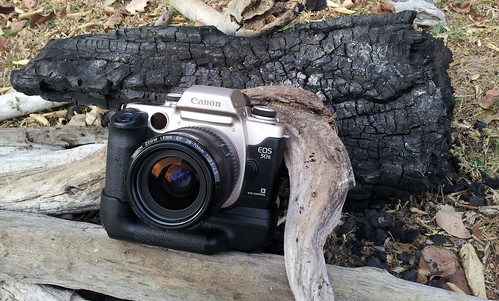 The first thing you’ll notice is the battery grip, yep when it comes to cameras that take weird non-standard batteries it’s the first purchase I make. Having a AA powered grip means I can get a lot more rolls from a set and keeping and acquiring spares is no problem even in remote places.

While i’m on the subject of the battery grip, this one has a second shutter release button for shooting in portrait orientation. Something that my F80 lacks. At first I thought it was a bit gimmicky but man have I come around, It’s very useful and feels natural in hand. I shoot a lot of impromptu portraits of the kids and this has been as absolute godsend.  So far so good, easy enough to shoot even while swinging your kids around in the back yard. 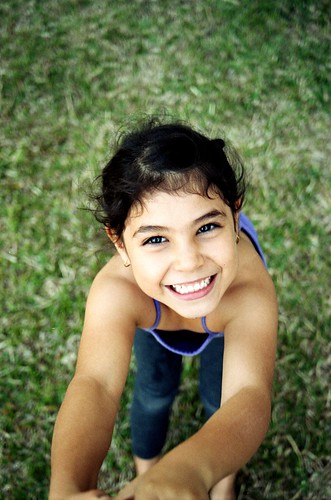 I got this camera body cheap on ebay and immediately started looking for a decent lens to pop on the front, I have a mid range zoom on the F80 and wanted something similar. After some reading I found a bit of a cult following for the original Canon Ef 28-70mm 3.5-4.5. It’s a sturdy all metal build and while it’s not a USM lens it’s still fast and accurate. $80aud later I had one in the mail.

Now we have a complete camera to talk about, the Eos 50e made it’s debut in 1995 and was produced until roughly 2000. The E in the designation stands for a clever feature implemented at the time “ECF” or Eye Controlled Focus. This system allowed the user to program their eye movements into the camera to allow quick selection of the focus zone in use based on where you are looking in the frame. I haven’t used the feature and probably won’t but I’ve read that once setup and configured properly it can work quite well.

By all accounts this Eos is an advanced amateur camera, It doesn’t have the bulk and weather proofing of more professional bodies but certainly can hold it’s own in terms of durability and features. The large rear control dial on the film door is a particularly useful incorporation that allows you to quickly adjust several functions. Most of the camera’s controls are in accessible spots and aren’t a problem to operate once you are used to them, I will note, I much prefer the layout of the Nikon SLR’s. Each to their own but I find Nikon has a more ergonomic approach, especially if you are shooting all day. 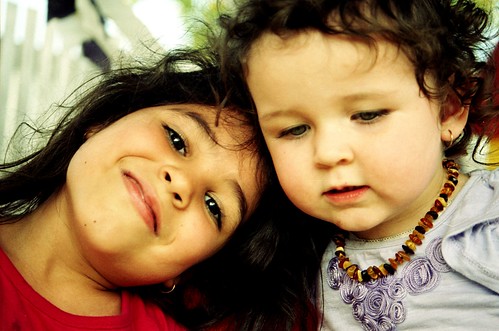 My initial testing and use has shown just how capable this camera is. I have some more rolls from it ready to process soon so keep your eyes out.

For any work where you want fast accurate auto-focus and a durable slr with nothing to really fuss over this is a very viable option, I still prefer my Nikons for some things but it’s just horses for courses.