If you are into traditional photography and have frequented literally any of the main forums around you would have heard of the Konica Auto series of 35mm rangefinders. The Auto S2 is by far the most popular and features an f/1.8 lens. The whole range is fairly popular due to their good looks, functionality, bright finders and the fact that their relatively easy to work on if something breaks.

The Konica Auto S1.6 is a slightly rarer beast, it’s main point being the ever so slightly faster f/1.6 Hexanon lens. Now let me point out that the lens sharpness among the Konica Auto’s is widely debated online, I’m not much for arguing about very slight differences in sharpness but let me assure you this lens is incredibly sharp. It’s a tiny bit soft in the corners wide open but let me point out that wide open is quite wide and no one expects it to be a flat field lens so lets move right along. 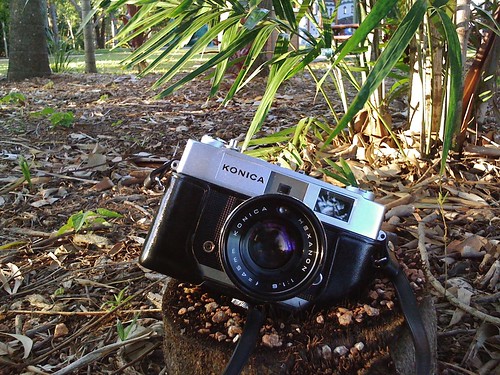 The S1.6 was introduced in 1969 and has the same features as some of it’s brethren, It’s a fixed lens 35mm Rangefinder. It features a built in metering ring arount the lens and while this is only a CDS meter it’s position is clever, it allows the use of filters without having to calculate filter factors. Just meter and shoot. Easy!
The S1.6 features shutter speeds from 1 – 500 + B. Apertures from 1.6 – 16. All the camera controls are around the lens which makes adjustment relatively easy. The focussing ring has a thumb knob so focussing is as fast and accurate as a Leica.

That brings me to my next point. The build quality of this RF is fantastic. The first time I picked it up I was amazed at the quality. It has enough weight to make it feel solid and sturdy but not too much to compromise. The film wind is ratcheted and feels very smooth and accurate, It snaps back into place very fast. No other film wind turns me on as much to date! The viewfinder feels like it came straight out of the Leica factory, it’s huge and features bright framlines that adjust automatically for parallax correction, coupled to focus.

I picked up this camera from a well known Konica seller and aficionado on eBay. A fellow film shooter on flickr was also bidding and by chance we ended up chatting about the auction, He gave me loads of info on Konica rangefinders and all sorts of links to places that detail how to pull them apart and fix them. Fortunately this one was in almost pristine condition, I did have to make one small repair. The CDS light meter was no longer functioning. I removed the lens ring and meter and found a wire that had become disconnected. Easy! A quick job with the soldering iron and she was back working as good as new!

Now lets talk about the lens, It’s a Konica Hexanon 50mm f/1.6 lens. The hexanon lenses are known to be of very high quality. The optics are coated and are reputed by many to be some of the sharpest lenses for 35mm around. There’s some talk online about the 1.6 having a soft lens in comparison to the S2. Let me just say that sharpness is an effect born of many different variables and lens construction is but one of many. Technique, choice of developer, agitation method and other factors come into play as well. See below – The Shot Tower Museum in Melbourne, Tell me that isn’t sharp! 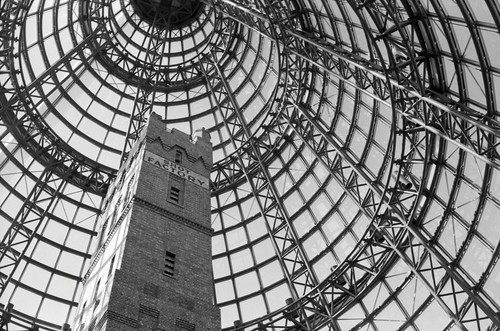 I haven’t yet had a chance to shoot too many portraits with this camera or had much of a play with it’s ability to drop the background out of focus at the very large apertures. What I have shot was some portraits in a park with nice afternoon light. This example is shot on Fuji Neopan Acros 100. follow through to flickr for the rest. 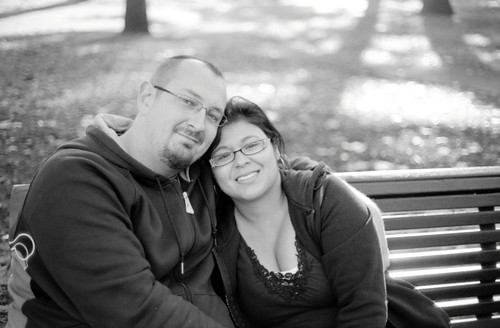 I feel this camera is really a great street photography tool, it gets out of your way. The leaf shutter is super quiet and with the built in meter this camera shines on the street. I spent a day walking around with 100iso films and found I could get in and out of crowds catching quick shots here and there. 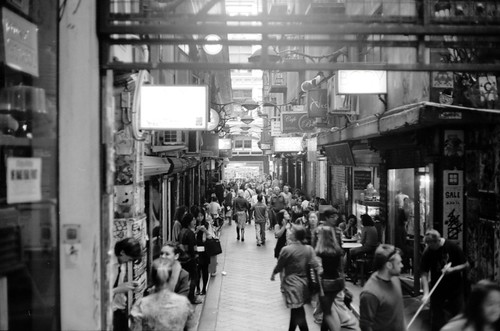 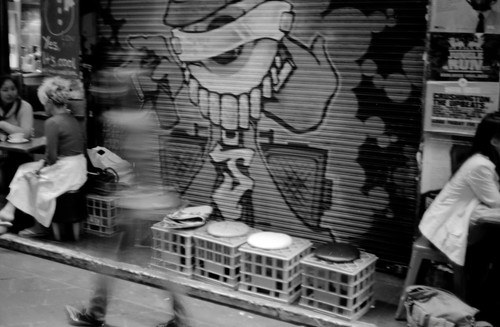 If you have a 35mm fixed lens rangefinder spot to fill I would seriously recommend you look into the Auto S series. Lightweight, Durable, Easy to fix, great lens. Who needs any more reasons than that!