I’ve recently entered the world of Large Format Photography, I am now the proud owner of a Busch Pressman Model D. A 4×5 press style large format folding camera. A thing of beauty really. 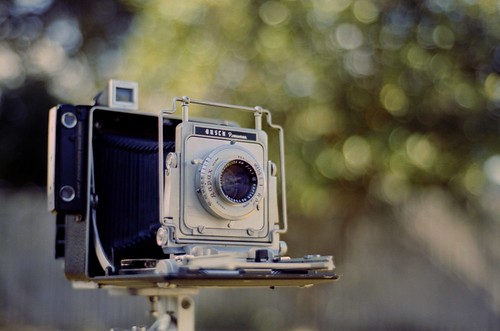 My entrance into the field of large format wasn’t the proverbial “jump in the deep end” though.
I’ve had experience with 4×5 cameras before. I’ve seen/played with different types and read a lot about the subject (quite a lot.) I even borrowed a friends monorail and 150mm Nikkor lens for a little while too, this got me out and about and actually using one for the hands on purpose of learning movements and controlling perspective. I quickly discovered that using a monorail in the field is no easy task, I set about looking for a camera that could go in a bag easily and one I’d be happy to tote around with me all day long if needed.

Enter the Busch Pressman Model D. I found a stunning example on eBay and after a few weeks it was sitting on my desk begging to be used. I already had a bunch of film holders and even some film that my Bro sent me; ERA 100. a cheaper Chinese film that as I found shoots quite nicely at EI50 although the emulsion damages easily.

My aim was to get out and get shooting, I had planned a family camping trip for the weekend and it was the perfect opportunity for the Pressman to come for a drive up to Girringun National Park, A camp-ground called Broadwater is situated at the base of the mountain range and is a great place to go for the weekend, it’s fairly close by (1.5hrs drive) and is well set up for family camping. 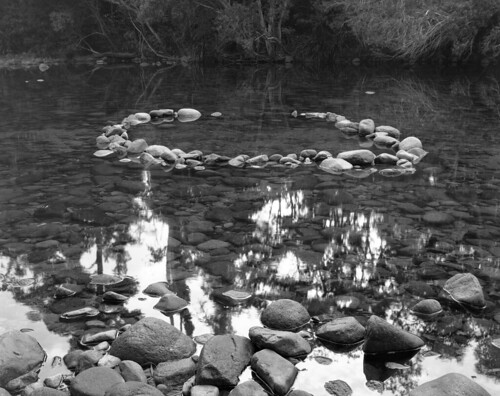 For those that are familiar the Busch pressman is very much like the Graflex Crown Graphic, It closes down into a small box shape that fits in many camera bags and backpacks nicely, the lens actually retracts into the box so no need to remove it first as you would have to on a true folding field camera. It comes with a slightly wide standard 135mm Wollensak Raptar lens. Other varieties come with a Kodak Ektar 127mm and some with other focals lengths always contained in a Copal 0 shutter, as the front standard is quite small you can’t get any larger with the shutter as they won’t fit. That being said there is a good range of lenses that fit the bill from wide angle to short-tele. The rails extend out to about 12 inches which is good for up to telephoto focal lengths.

Given the fact that we are in Large format territory it’s amazing just how small, light and portable this camera really is, it sat on my old aluminium tripod with no problems at all and didn’t even look like being unstable for a second. Setup is relatively quick, a small button on top releases the catch for the drop bed, once down it locks into place and the lens standard can be slid out and locked at the infinity position for the given lens by stoppers, Screw in a cable release and you are pretty much ready to compose and focus.

The Pressman, as with many other press style 4×5’s comes with a built in focussing hood that attaches over the ground glass, I noticed the one on the pressman seemed to cut off the outer area of the ground glass, so I removed it, it’s locked in by a single thumb screw so very easily removed. The ground glass is bright and clear and a joy to compose on, the only downfall to me being the 6×9 frame lines marked on it in red.

When it comes to movements you get a fairly standard (for a press style camera) set. it has Rise, Shift and Tilt options on the front standard with no “true” movements on the back although you can get the equivalent of a back tilt by dropping the bed to it’s lower position, which is usually reserved for the use of wide angle lenses to control vignetting, most of the movements I use are on the front standard and the only major one missing is front swing, which could be handy but isn’t essential. 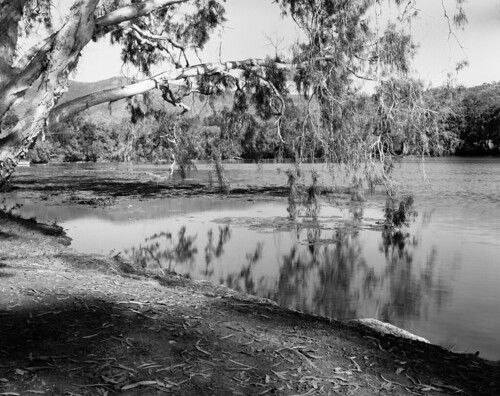 The Pressman features an all metal construction giving it a better reputation than that of the Graflex offerings (which are timber body). Another fantastic feature it has that is lacking in the graphics is the revolving spring back, changing from portrait to landscape and visa versa is a breeze and saves having to tip the whole camera on it’s side.

As expected this press camera comes with a side mounted rangefinder which is calibrated to the 135mm lens, different lenses will require re-calibration. I tested mine and it’s spot on, although I don’t intend to use it much or at all, as this camera is destined for slower more contemplative landscape and still life photography. It also features a swing up frame for the sports finder, for me this feature did seem useless until I discovered at 90 degrees it can hold the darkslide over the lens acting as a pseudo lens shade in a pinch, might be useful after all.

So far I’ve only shot a handful of sheets in this camera, but it’s already becoming a favourite for it’s sexy style, it’s quick setup and teardown time, it’s portability and weight and how tough it is. Expect much more work from this beauty in the near future. 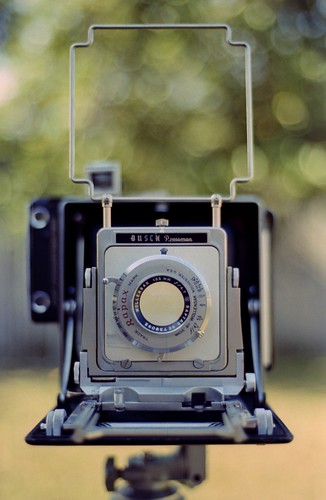